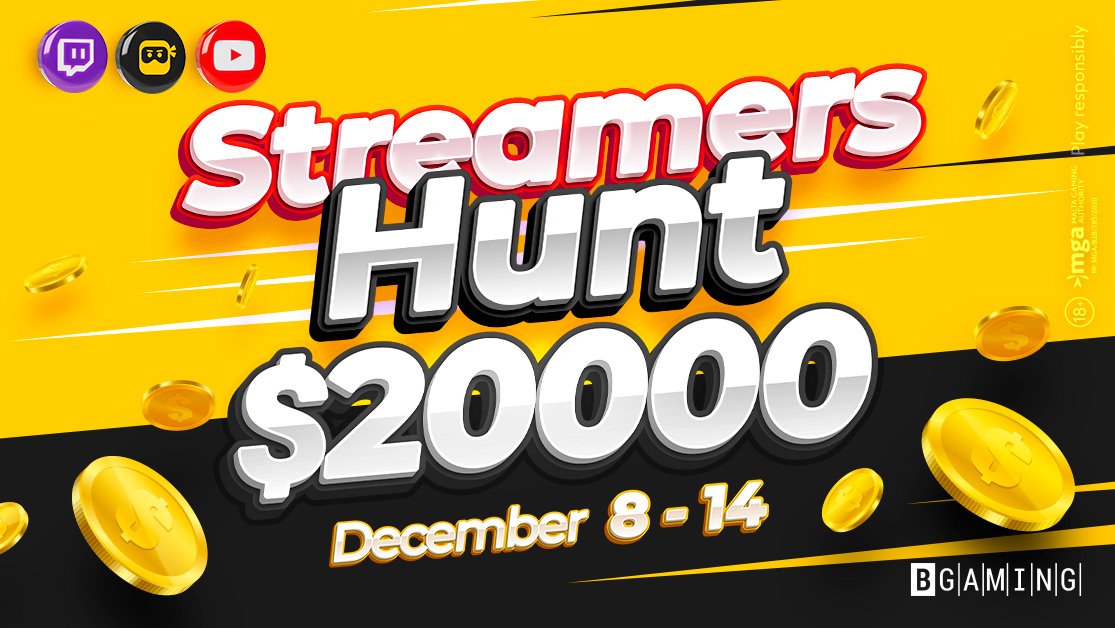 BGaming announced Friday the results of the Streamers Hunt tournament for casino streamers with a prize pool of $20,000. The competition became the second in the series of tournaments organized by BGaming aimed at building a community of players and gambling streamers “for sharing ideas and promoting a player-driven approach in game development.”

The tournament ran from December 8 to December 14, and featured 32 special quests hidden within BGaming's slots. More than 20 streamers worldwide participated in the tournament, submitting their results to the leaderboard as they completed each quest during their live streams on Twitch, YouTube and DLive.

No limitations were set on which online casino to choose for streams. Those players who were the first to pass quests and submit their results for each target were eligible to win a share of the cash prize from the $20K prize pool.

All the winners were announced on the event's official website and in the Scatters Club community on Discord, which became the core of the communication during the tournament.

In a press release, Maksim Krotau, streamers relations manager at BGaming, said: “This tournament was not just about the competition. It was also about bringing the community of players and gambling streamers together and supporting their passion for gaming.”

“BGaming stands for a player-driven approach in creating games, and such tournaments are a great way to build a community of responsible gamblers,” Krotau added.

BGaming said it will continue to organize and support events for streamers and their fans “aimed at building a community for sharing ideas, promoting a player-driven approach to game development, and fostering a positive gambling culture.”

Earlier this month, the company announced the expansion of its cryptocurrency options. As of January 26, BGaming will begin accepting Fasttoken (FTN) as a supported coin.